Hossein has been a professional barber for 25 years. Growing up in Iran, a culture of disposable razors didn’t exist and traditional razor were heirlooms, passed from father to son. The world of barber shops was a tantalising window into adulthood, men gathered together to drink tea and smoke hookah, and a boy’s first shave was an important rite of passage.

Hossein began his apprenticeship making tea and warming towels, but left to train as an engineer. When he moved to Europe, he found himself drawn back into the barber’s world, returning to his apprenticeship with a new passion. He got his City and Guilds, trained with Toni&Guy, gained 16 professional hairdressing qualifications, and began to dream of owning his own barber shop in Brighton & Hove.

He began obsessively researching and sourcing traditional barbering equipment, importing antique kits from chicago to create the incredible interior that he lovingly installed in his Norfolk Square, Brighton premises. With the polishing and sharpening service he provides, he combines his engineering skills with his barbering to create a unique service. 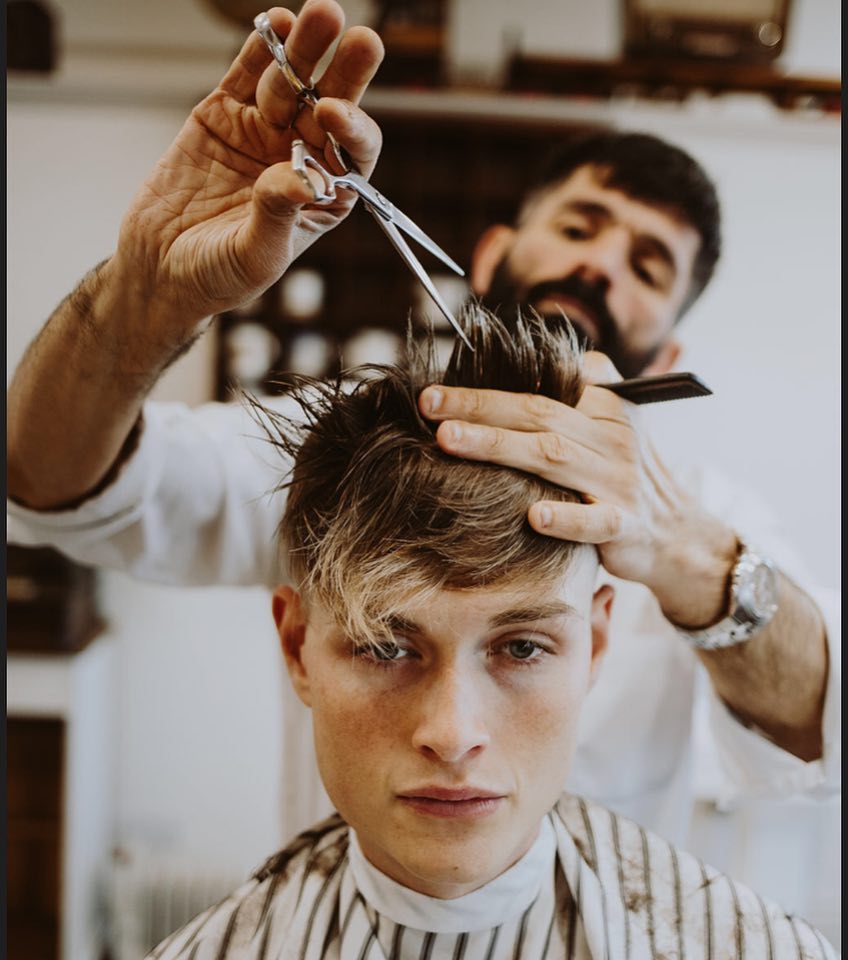 Watch our video to find out more about Cutter & Grinder.

Hossein first trained 25 years ago. He served a two year apprenticeship in Tehran in a traditional barber shop. He has since gone on to train with Toni&Guy in London, and has innumerable awards and qualifications, including one from the World Federation of Hairdressing.

The beautiful mirrored interior is from a 1920s Chicago barbershop, lovingly restored and refitted by Hossein himself. Every detail is authentic.